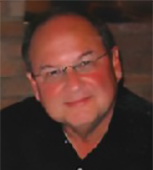 Mr. Adams is an experienced businessman, attorney, banker and entrepreneur with over 40 years’ experience arranging deals and representing business owners. Since joining Chapman in 1990, Adams has worked with numerous sellers and buyers and has successfully consummated numerous sale or purchase transactions. During the past 10 years Mr. Adams has concentrated on the transportation and logistics industry.

Prior to joining Chapman, T. V. was engaged in private law practice where he specialized in corporate and finance law representing both privately–owned and public corporations. In the banking industry, he was General Counsel and Deputy General Counsel, respectively, of two large publicly-traded bank holding companies based North Carolina. In those capacities, he was deeply involved in the first wave of interstate banking transactions that swept the Southeast during the latter half of the 1980s. During this banking career, he worked on more than 30 acquisitions, mergers and divestitures in the Carolinas, Georgia, Florida and Tennessee, involving more than 55 separate banks and financial institutions and more than $30 billion in assets.  At the time of his retirement from the active practice of law, Adams enjoyed an “A V” rating in Martindale-Hubbell.

During most of the 1990’s Adams was co-owner of a truckload, dry van carrier based in the Carolinas. During his ownership, this carrier more than tripled its revenue and was sold to a large diversified carrier at a significant profit. During the ownership of this carrier Adams expanded his first-hand knowledge and experience of the transportation industry.

Adams represents Chapman in the Southeast United States and specializes in the transportation and logistics industries. He and his wife live in Charlotte. 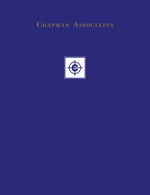